Learn about the people behind Cybersecurity Today. Professional bios are listed below. 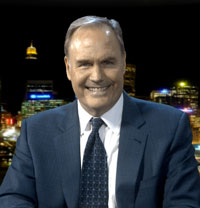 Jim Wiggins has over 23 years direct experience in the design, operation, management, and auditing of information technology systems, with the past 18 years focused on information systems security. He has an extensive background in technical education and specializes in security certification courses targeted at federal and government contracting clients. Additionally, Jim is the founder and executive director of the Federal IT Security Institute (FITSI). FITSI is a 501c6, non-profit organization that provides a role-based IT security certification program targeted at the federal workforce. Jim is also the executive director of the FITSI Foundation. The FITSI Foundation is 501c3 public charity that runs the Wounded Warrior Cyber Combat Academy (W2CCA). Currently as a contractor, Jim provides education and training support for the Federal Network Resilience Division at DHS and its Continuous Diagnostics and Mitigation program. In 2011, the Federal Information Systems Security Educators’ Association (FISSEA) named him "Educator of the Year" for the impact he continues to make in the federal workforce. In 2019, FCW Named Jim to the "Federal 100" for his work to tirelessly promote cybersecurity education across all branches of the federal government. Jim holds the following IA/IT security certifications: CISSP,ISSEP, CISM, CISA, CySA+, SCNA, SCNP, CAP, IAM, IEM, SSCP, CEH, ECSA, CHFI, LPT, TICSA, CIWSA, Security+, and MCSE: Security and FITSP-M.

Cindy is a Southern California native and now resides in the Washington DC metropolitan area. Currently, she supports the public sector as a Cybersecurity Analyst in a variety of cybersecurity initiatives and is also an Adjunct Professor. Cindy also holds numerous cybersecurity certifications. Previously, she was a student at California State University, San Bernardino, where she received her undergraduate degree in Supply Chain Management and her Master's degree in cybersecurity. Cindy was a National Science Foundation's CyberCorps: Scholarship-for-Service recipient. She worked at an academic cybersecurity lab, the Federal Reserve Bank, and remained active in numerous community outreach efforts, such as the First Lego League Robotics Competition and GenCyber. Additionally, Cindy created the Society of Women in Cybersecurity club at her university, now an academic chapter of the Women in Cybersecurity organization. She is passionate about cybersecurity, diversity and inclusion, and emerging technologies; continuously furthering and applying her knowledge of technical skills within the networking, security, and hardware/software scopes to resolve threats in defense of the nation's security.

Christopher has been working in information technology since 2003 in the dim, pre-smartphone past. Over the years, he has supported IT deployments, operations, and security in multiple organizations in local and state governments, higher education, and the private sector. He now works as a cybersecurity professional for the federal government, helping to secure our nation. Christopher holds degrees from Stetson University and the University of Maryland Global Campus and is a Certified Information Systems Security Professional (CISSP).

Cybersecurity Today is a 30-minute program that uses a talk show/newscast format to discuss themes, topics, and current events in the cybersecurity space.